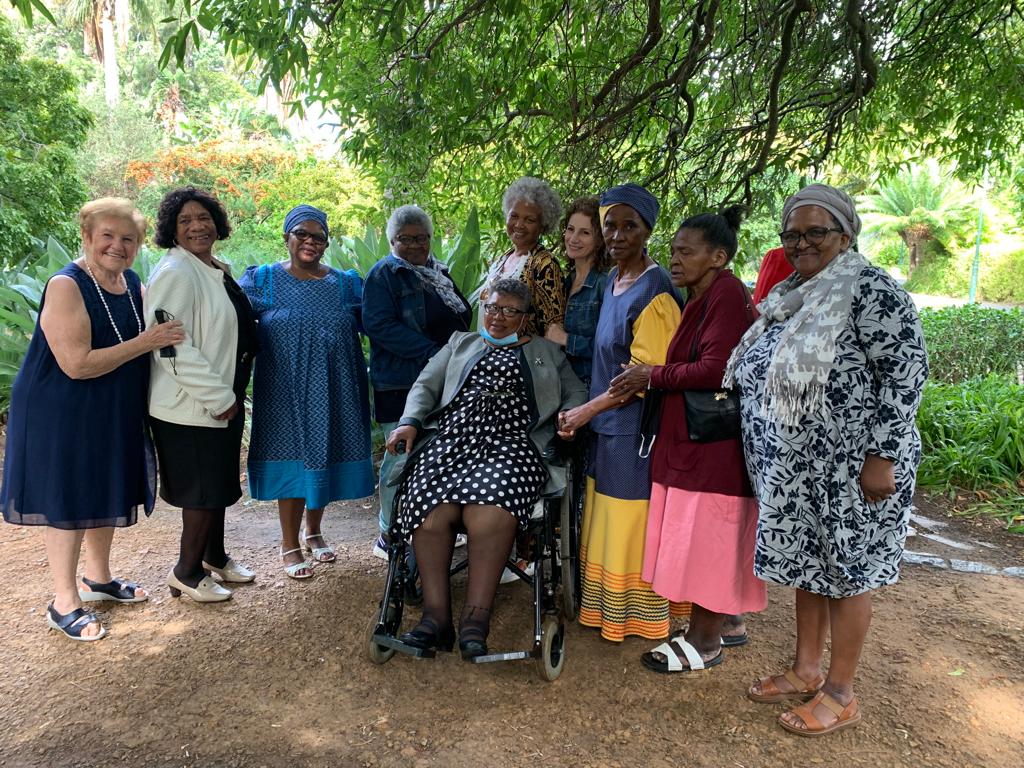 Helen Lieberman, Phumla Ndaba, Martha Makhuna, Vivian Joba, Lulama Sigasana, Geraldine November, Tutu Gcememe, Margaret Ntsila, Thobeka Mapapu, Nobuntu Nkanyuza along with a dear friend of Ikamva Labantu, Loren Levine. We remember the mamas we’ve lost and whose families celebrate with us; Maisy Manata, Florence Dlamsha and Gerty and Nozie Tshetu.
Loren Levine, perhaps one of Ikamva Labantu’s biggest advocates and supporters, has a deep-rooted admiration for the women in the townships and a heart for change in the communities they serve. Loren often visits Cape Town from the United States and on her visits, accompanies Helen to the townships and this is where she witnessed true devastation but in the same breath, humanity at work.
Loren made it her mission to tell the stories of the unsung heroes and their struggles and triumphs, as so many people and their positive impact have gone unacknowledged and unrecognised. Loren put together a documentary filled with the tales of their trials and all they continue to overcome to ensure the spirit of Ubuntu is realised in their neighbourhoods. It is a film that filled our eyes with tears and gave the viewers goosebumps at every turn, as the truth of the lives and experiences of so many people of colour were unveiled.
Monday, 4 April was a beautiful day to remember. It was the day our founding mamas finally viewed the documentary and a day they had been waiting for, for about 4 years. The mamas and their families were treated to a full day of love and appreciation and acknowledged for who they are and the role they played in the lives of thousands of children and senior citizens, especially during the time of horrific Apartheid injustice in the townships and on the Cape Flats. These phenomenal women opened their hearts and homes to the most vulnerable and their legacy of goodwill will live on for generations to come.
With a grateful and humble heart, we thank Loren Levine, Makhulu Media, our founding mamas and their families, Ikamva Labantu staff, the Company’s Garden Restaurant, Labia Theatre, and everyone who contributed to the success of the film and of the day’s proceedings.