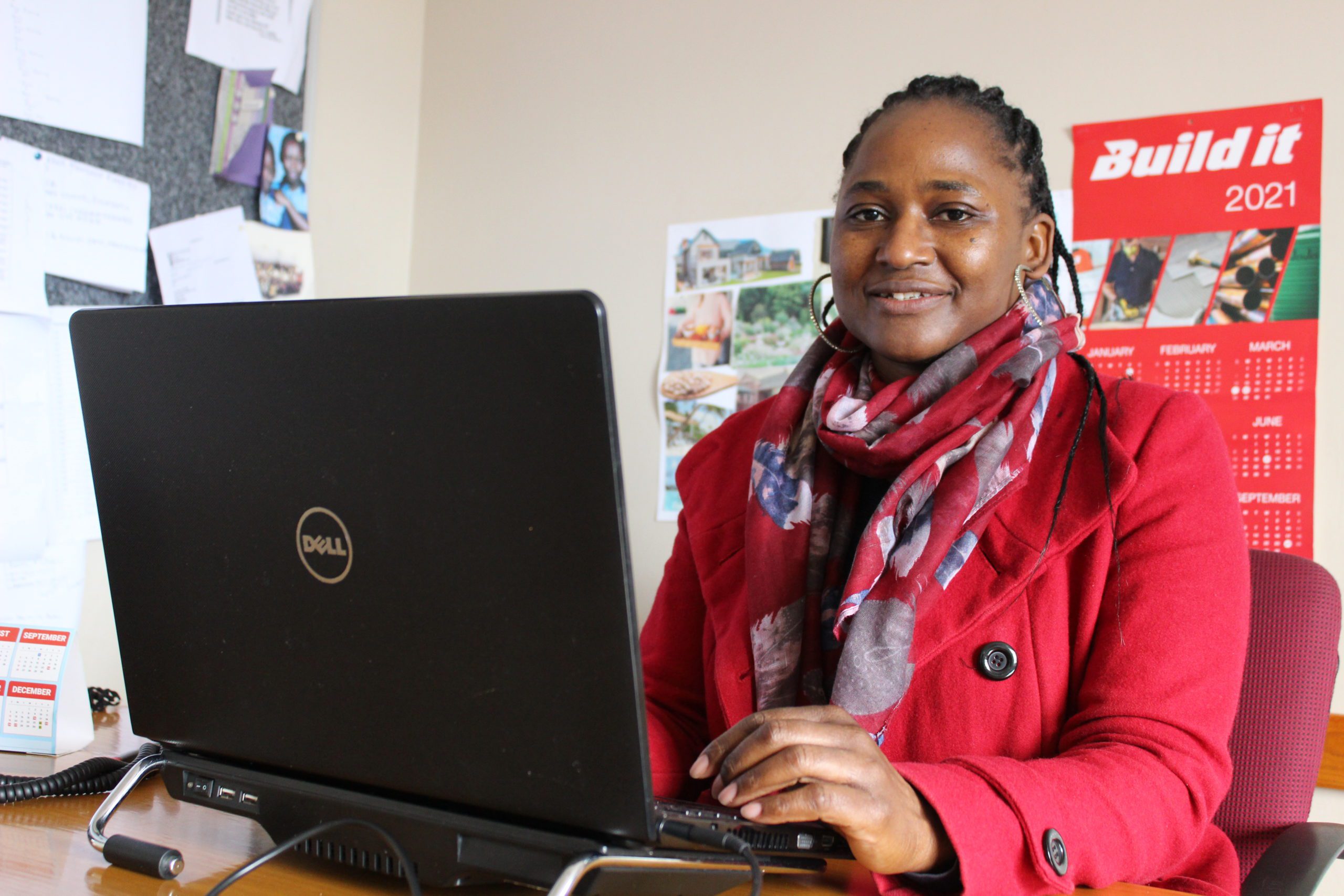 Middy, as she’s fondly known within the organisation, claims she wants to be a lifelong learner.

“What made me choose this degree specifically is because I’m working in the Early Childhood Development Programme. I wanted to advance my knowledge in this sector as it is a foundation of learning, and I would like to keep myself abreast with the current information in ECD and also make sure this [knowledge] is transferred to the children so that we can build a better future for them,” says the mother of two.

Middy has faced many challenges in the past four years of her studies including, financial and time constraints. She often spent her free time studying instead of spending it with her family.

Over a decade ago, Milddy came to South Africa from Zimbabwe to join her husband who had come eight months earlier. She was a primary school teacher for seven years before she came to South Africa where she worked as a housekeeper for two years. Middy joined Ikamva Labantu in January 2010 and has never looked back.

In 2016, the workload of the then ECD programme head had become too much for her an advert for the position was posted. Middy applied, but unfortunately, she didn’t make it past the first round of interviews. The position was never filled until a year later when that programme head was promoted, leaving the position vacant. She applied again and got the job this time around! The timing was perfect.

“I love working for Ikamva Labantu because it is an organisation that tries to improve the lives of the people in disadvantaged communities. It also cares about the well-being of its staff members as it believes that a happy and healthy workforce is motivated to perform well,” she says.

Middy plans to further her studies and obtain her honors degree, specializing in ECD, and of course continue working for Ikamva Labantu, helping to make this world a better place for the little ones.