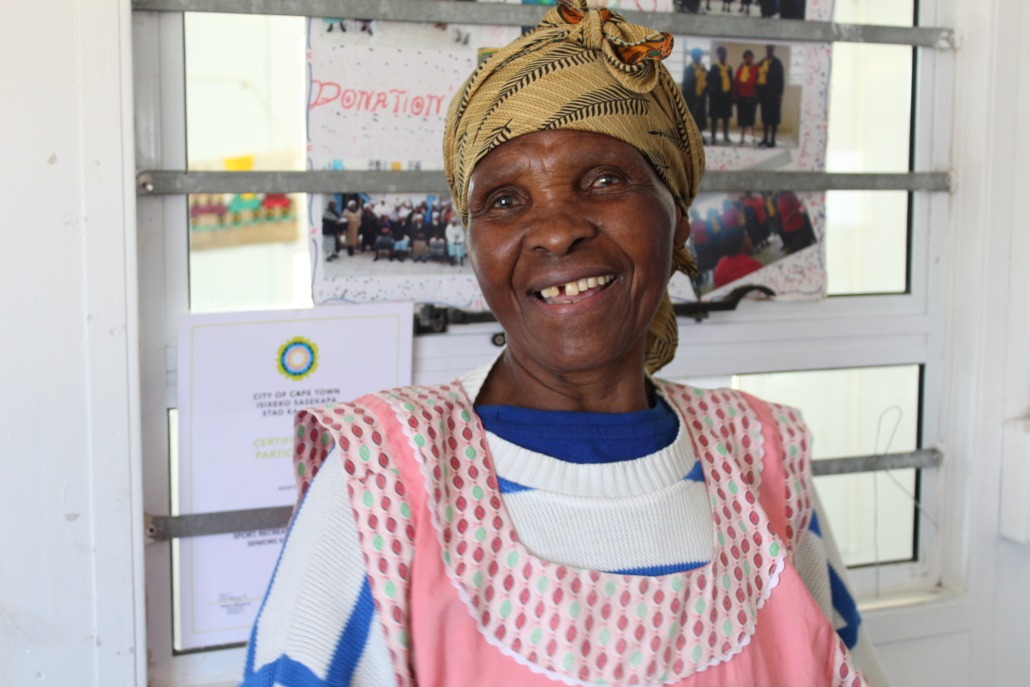 Seniors who carry their families through tragedy

Losing a child is never easy. It is heartbreaking and emotionally taxing. Through conversations with grandparents in our Seniors Clubs, we have found that the death of a child by chronic disease is not only tragic but can often bear an additional weight of responsibility. Below are the stories of three mamas who took their grandchildren in with open arms after the loss they both experienced.

Gladys, a member of the Ikamva Labantu Seniors Club in Khayelitsha.

Gladys not only lost her daughter to chronic illness but her grandchild also lost his mother. Gladys then adopted her grandson and said her main challenge was finding the money to raise him properly. However, greater than the burden of providing for him was the fear she carried that he would become sick like his mother.

Gladys says that her greatest joy is watching him and her other grandchildren, coming home from school happy and showing her how well they did with their different lessons at school. Gladys isn’t able to read and so, as they show her their work, she pretends to understand the writing and showers them with praise. Her other great joy is singing with her grandchildren at church and at home.

Here is the link to a beautiful and unusual rendition of ‘Little tea-pot in Xhosa’.

Nomsa, a beloved member of one of our Seniors Clubs.

When Nomsa’s brother contracted TB, lost his sight and subsequently passed away in 2004, he left behind two beautiful daughters who were not able to be taken care of by their biological mother. Nomsa adopted her two nieces who were both suffering from grief. “It is very hard to raise a foster child because you give them all the love that you give to your biological children, but they are always going to remain a bit sad.” Nomsa said.

Despite her meagre income, Nomsa was determined to raise the girls alongside her daughter. She set the same goal for all three children: to provide them with love, give them access to good education and instil confidence in them to become independent.

Nomsa became aware that her oldest niece found academic studies challenging and made provision for her to be transferred to a school for learning difficulties when she was 15 years old. (This is not an easy task in a township context.) Her niece excelled with the additional support and managed to secure a place at college to study hospitality, graduating at the end of 2019 after seven years of study.

Nomsa feels proud that she provided an education for all her children, who are now in a position to be independent. When speaking to Nomsa she never once complained or agonised about the hardship that she experienced bringing up her nieces. She said that her only regret is, despite her heart-felt attempts to keep them surrounded by love and reassurance, that her adopted children continue to exhibit many anxieties and emotional challenges due to the loss of their father and absence of their biological mother.

We so admire the resilience of Nomsa and Gladys. Despite their circumstances and limited resources, these grannies persevere to give their grandchildren the very best lives that they can. Both of these strong women are long-standing, respected and beloved participants of our Seniors Clubs. To find out more about our Seniors Programmes click here. Honour these women by making a donation today: DONATE.