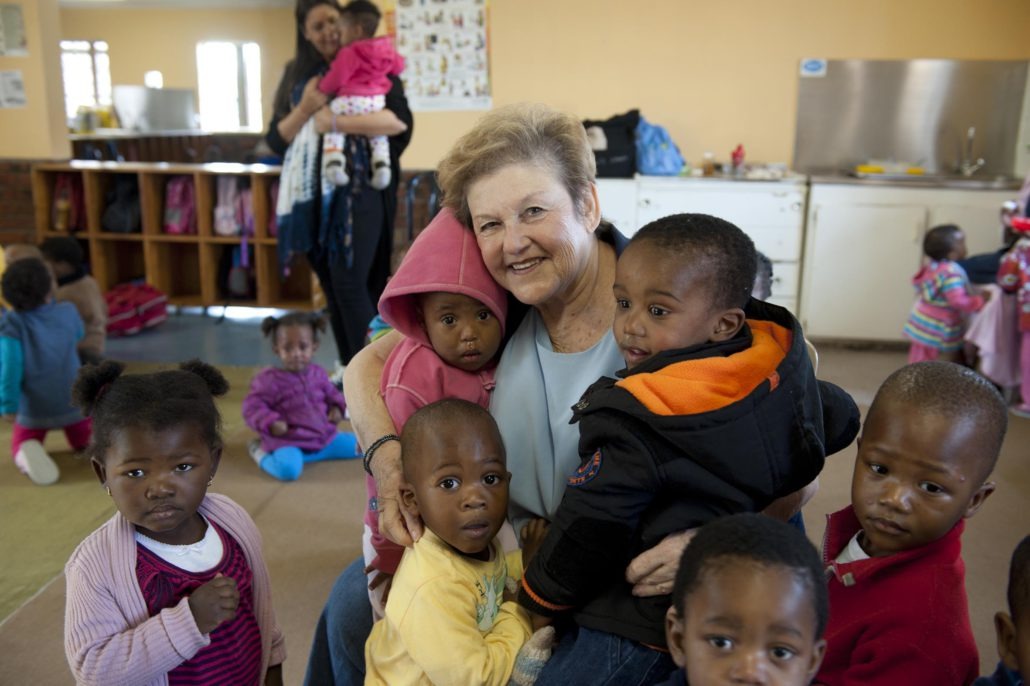 On Wednesday 19 April, our Founder Helen Lieberman, was awarded the highest French distinction: “Officier de la Légion d’Honneur” (National Order of the Legion of Honour). The award is given to recipients as an acknowledgement of their dedication and role they have assumed in their respective fields.

French ambassador Christophe Farnaud presented the award to Helen “in recognition of her lifelong commitment to the eradication of poverty, injustice and human misery”.

Retracing her journey, Ambassador Farnaud acknowledged the roots of Ikamva Labantu, and the role that Helen played in bringing community leaders together.

In 1963, Helen was working as a Speech Therapist at Groote Schuur hospital. After seeing a young patient discharged prematurely, she sought to track him down in Langa township. It was here that she first witnessed the brutality of the Apartheid regime.

“Appalled at this unfair situation, you [Helen] decided to work hand in hand with the residents of the townships… [Helen] never yielded under pressure, under the strain imposed by the Apartheid police forces” and “worked with ever more determination to move towards her vision of a fairer South Africa”.

Ambassador Farnaud also recognised the various projects that Ikamva Labantu has established over the years and commended the many men and women who have worked alongside Helen to make Ikamva Labantu what it is today, 50 of whom stood by her side at the ceremony on Wednesday night.

“By establishing community-based structures, you [Helen] empower those you work with, from skills training to work placements, and from early childhood development to book reading clubs for the elderly.”

On receiving the award, Helen said that she was “overwhelmed and very humbled” and that it was: “an affirmation of the combined activities of community leaders, devoted staff and their staunch supporters… Our people on the ground have been the backbone and builders of our nation – they have built our past and will secure our future. Let’s hear them, listen to them, affirm them and salute them.”

Helen dedicated the award to the community leaders and co-founders of Ikamva Labantu that she has worked with over the past 54 years and continues to work with today.

Ambassador Farnaud also announced a donation of R115,000 to Ikamva Labantu on behalf of the French embassy, which will support two senior clubs.